Staking on Cardano is affordable for all

Work for a blockchain network

Simply put, decentralization is about distributing power among as many participants as possible. A distributed network consists of individual nodes, but the nodes may have different functions. Even nodes with the same function may have different positions in the network in terms of power. The decentralization of blockchain networks is always based on a resource with a certain market value. For PoW networks it is mainly the combination of energy and ASIC hardware, for PoS networks it is the coins of the project. It is therefore clear that participants will never be completely equal. Wealthier people can use the money to buy more decision-making power in the network (whether at the level of network consensus or decision-making about the project). If a significant part of the decision-making power is in the hands of a few individuals, we can speak of a form of centralization. The ratio between the decision-makers and the rest of the participants defines the quality of decentralization.

Why should people want to get involved in decentralization? Every blockchain network has a system of economic incentives and can reward those who do certain work in the interest of the network. The desire to work for the network and get rewarded for it is what makes networks decentralized and secure. Blockchain networks are global and have ambitions to become an alternative to current financial services and money. So ideally, virtually everyone who shares the same ideals should work for the network. Individual networks differ in many ways in terms of who and how they are able to employ and reward.

Staking is a new form of mining

The network will be more decentralized if it is cheap and technically easy for individuals to get involved. We dare to say that Cardano is the most inclusive network in terms of the possibility to participate in the decentralization of the network. Obviously, not everyone on the planet will run a full-node or ASIC miner. Technology complexity and high entry costs should not be a barrier to engaging in decentralization.

The Cardano network has pool operators who form a group of block producers. This is a group of experts who know how to run full nodes and know how to secure them. Block production is a responsible activity and definitely not for everyone. This exclusive group has relatively high decision-making power, but their power is not unlimited. Trust has to be earned.

In any democratic system, there should be some system of control and the possibility of weakening the position of individuals who do not do their job well. In the Cardano network, this power is held by all ADA holders, who can delegate their coins, i.e. their decision-making power, to a pool they voluntarily choose.

Delegators do not need to operate a full node. They just need a wallet (ideally an HW wallet) to have decision-making power in the network. Delegators don’t even carry any risk associated with losing coins, since Cardano doesn’t have slashing (the ability to take coins from someone who doesn’t behave in accordance with the network’s interest). If a pool does not do its job well, people delegate coins to another pool, which is punishment enough for the pool operator.

Risk is another factor that can put people off. Bitcoin’s PoW mining is essentially a business. This means that if an individual is unable to bear the risk associated with mining and makes it in a highly competitive environment, they cannot help the network in any meaningful way and are forced to leave the decision-making power to someone else.

PoW mining is not only highly exclusionary but also unfair. As large buyers, big players can more easily negotiate discounts from energy suppliers and ASIC miner manufacturers. They can even bargain with pools for higher rewards for delegating the hash rate to them. Smaller hobby miners have a significant disadvantage. In addition, mining is centralized where conditions are better to do so. It used to be China, now it’s the US.

PoS networks are fairer as they do not give the big players a hidden competitive advantage in the form of an opportunity to gain an edge. The protocols control staking including all rewards. Everything is transparent and automated.

In the Cardano ecosystem, there is no defined lower limit for staking. You literally just need a few ADA coins to delegate to the pool. The value of ADA coins is the same everywhere in the world, so there is no geographical limitation. The same is true for Ethereum. There is a catch, though. Ethereum does not work with the concept of pools at the protocol level. Anyone who wants to become a validator has to run their own full node and have 32 ETH. The requirements are relatively demanding and make staking inaccessible for many people. 32 ETH is a lot of money and will favor those who came in early.

People with fewer ETH coins have to trust a third party to stake coins for them. Alternatively, they can use a more decentralized solution. In any case, however, a node is always operated by a human who can make mistakes, either intentionally or accidentally. The Ethereum protocol locks coins and can remove them from those who do not behave in accordance with the network’s interest. ETH owners bear the risk and must trust the third party that they do not misuse the delegated power.

The PoW consensus is built on the need to consume energy and buy expensive hardware. Mining is only for the rich. Moreover, an individual who can afford to buy one ASIC miner has no chance to compete with businessmen who build mining halls with tens of thousands of pieces of mining equipment. Expensive ASIC hardware is part of network security, but it also makes mining an exclusive affair.

PoW networks use 2 scarce resources, BTC coins, and energy. Miners buy energy and pay for the cost through the BTC coins they earn. A regular BTC holder has no power in the network because BTC coins are only a reward for the miners and not a resource used to distribute power. The advantage is that the network is dependent on an external physical resource. However, this advantage is only related to the security of the network. From a decentralization perspective, it is rather a big disadvantage. It is not possible to engage in mining quickly and cheaply. Mainly, a profit cannot be guaranteed.

The rich and big miners thus maintain their strong position in the network. With every reward they earn, they can easily expand their business, so their power is constantly growing. 10,000 ASICs in the hands of one miner represent more power than the same amount of devices in the hands of 10,000 individual miners. While a businessman can buy a new ASIC miner every day for rewards, for individual miners it can take a relatively long time, even years. In a PoW system, the rich get richer faster.

In the Cardano ecosystem, ADA coins are directly a scarce resource that is used to distribute decision-making power. The system is much easier to understand. Everyone who buys ADA coins has the right to participate in both network security (raising the demand for coins) and decentralization (the more the distribution of ADA coins grows, the more decentralization grows).

It is brilliant to combine network security with a high degree of decentralization. Both decentralization and network security must scale with the growing number of users. Today, Cardano’s network has a thousand active block producers (pools) and over a million delegators. If adoption grows 10x, there should be an active pool of 10 thousand and 10 million delegators. It should not happen that the number of delegators will grow and the number of pools will decrease. For Bitcoin, we can observe that while the number of BTC holders grows, the number of pools is constant or decreasing. Mining is becoming more and more centralized and professionalized.

In the Cardano ecosystem, rewards are proportional for all. Therefore, the big players have no advantage over the smaller ones. Each individual ADA earned as a staking reward is automatically counted as a delegator’s total stakes. Big players get a larger reward because they stake a larger amount of coins. However, they cannot gain a hidden advantage, or otherwise, weaken the smaller players who receive proportionally the same reward. The power of the big grows as fast as the power of the small. If one user has 10,000 ADA and ten users have 1,000 ADA each, the rewards are in effect the same, the decision-making power.

If bitcoinization were to occur, a few miners and large pool operators would control the entire network. This would, in a way, take us back to a fiat system where users of the money have to trust a third party. The only difference is that in the case of money, we trust one particular institution. In the case of the USD, people trust the Fed. With Bitcoin, it’s still a certain group of people. However, as we wrote at the beginning, it’s still a reasonable ratio. In the case of decentralized networks, we should always insist that the fewer power individuals have, the better.

It’s easier for people to engage in staking than in mining. In my area, many people stake, but no one mines. I even know more block producers. That basically means me and my friends are decentralizing Cardano. None of us are involved in decentralizing Bitcoin. Not because we don’t want to, but because it’s an expensive and risky process. Ethereum is also a PoS network, but it places a lot of demands on users who want to participate in decentralization. 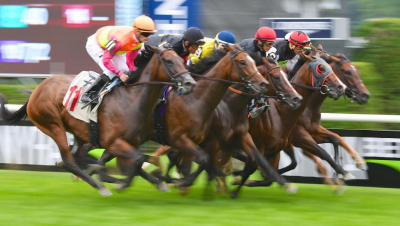 The primary goal of the Proof-of-Stake (PoS) network consensus is to enable the decentralized network to come to a mutual agreement among nodes about a single version of the truth. PoS is not only about the network consensus and there are very interesting social and financial aspects of the Cardano protocol. Read more