The primary goal of the Proof-of-Stake (PoS) network consensus is to enable the decentralized network to come to a mutual agreement among nodes about a single version of the truth. PoS is not only about the network consensus and there are very interesting social and financial aspects of the Cardano protocol. 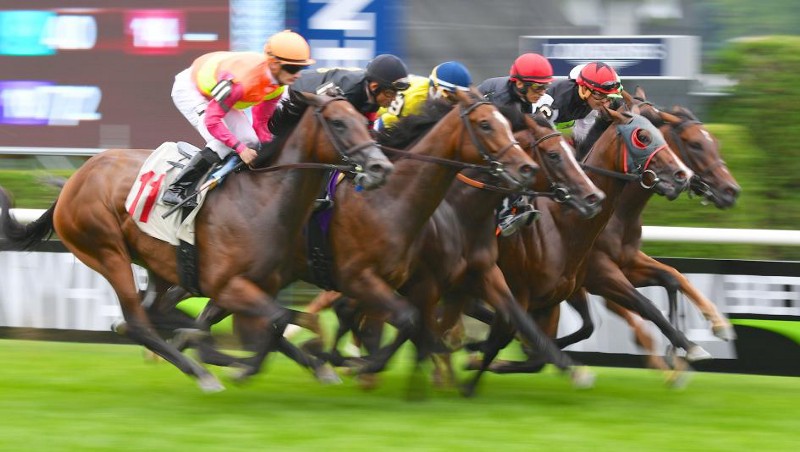 Who owns the Cardano network

Let’s ask a philosophical question. Who owns the network? Is it the team? Is it pool operators that produce blocks? The IOHK team invented the protocol and its implementation is publicly available on GitHub. The team is far the most significant contributor to the source code. All studies are also publicly available. No single piece of the Cardano source code or study is protected by a patent. Everything is free and available. The team does not own the Cardano network via the source code. Pool operators install a client to their nodes and produce blocks. They are a very important part of the ecosystem. Still, they are not the only owners of the network.

PoS is a unique concept that allows people to own a piece of the network by holding ADA coins. Everyone can buy ADA coins on an exchange like Binance or Huobi. Once you have private keys to the coins you own a piece of the Cardano network. There will be circulating only 45,000,000,000 of ADA coins that represent the total stake. If you hold ADA coins then it can be said that you have a stake. By holding 1% of ADA coins you basically own 1% of the Cardano network and thus, you are a stake-holder.

Block production requires operating a reliable node that is connected to the Internet 24/7. Not every stake-holder is able to do so and fortunately, it is not necessary. There is a special role in the Cardano network called a pool operator. The pool operator is a stake-holder that takes responsibility for the production of blocks. The operator needs to operate the node and produce a block when the network selects him as a slot leader.

Remember that the Cardano networks own stake-holders via holding ADA coins.

Owners of a company usually take a profit when a business goes well and incomes are higher than costs. The same logic is implemented in the Cardano PoS mechanism. Stake-holders are rewarded and share profit that is generated by the network. The Cardano network can be viewed as a company and ADA coins as stocks. The difference is that there is no top owner or CEO of the Cardano network. All ADA holders are owners. The cost consists of operation costs of nodes with pools and margins of operators. They have to buy hardware and then regularly pay for energy, internet connection, and for the time spent by tuning nodes. The income of the network consists of a network subsidy budget and collection of fees. Fees are paid for the usage of the network. Users have to pay for sending a transaction or for deploying a smart contract. Part of the income goes into the project treasury for the further development of the protocol.

The network subsidy budget will be consumed in the first 10 years from the main-net launch and there are 14,000,000,000 ADA coins for it. The number of coins used for rewards will be gradually decreased every year. After 10 years, the income of the network will be fully dependent on the collection of fees. Let’s have a look at how the network distributes the income and thus rewards stake-holders.

Ownership of the network is proportional to ADA coins that an individual holds. However, there are more types of stakeholders in the Cardano ecosystem.

Both pool operators and delegators are rewarded only for the number of blocks that the pool produced. Thus, it is in the best interest of both to make sure that pool operates well. Delegators will choose pools that have a sufficiently high pledge, generate blocks, and have set a sensible margin. Pool operators provide an important service to the network and can be considered as employees of the network. The advantage is that they are motivated to do the service well since it directly influences their reward. Pool operators are owners and employees at the same time. Delegators will hold a big chunk of ADA coins and their decision regarding delegation can make a certain pool stronger or weaker. Delegators should actively watch the performance of pools and possibly other activities of pool operators. They are motivated to maximize their reward and, at the same time, appreciate an effort regarding the education, propagation of the Cardano ecosystem, or other activities.

There is no free lunch. PoS is not a wealth generator. There are costs and incomes in the network ecosystem. The network will have sufficient resources for rewarding stake-holders only if it succeeds as a network and processes a high number of transactions. Similarly as with a commercial company, if services are consumed then the business flourish and vice versa. It is expected that the Cardano network will succeed due to the usability and many abilities allowing the creation of new services in the financial and social branches. As we have mentioned above the network subsidy budget will help in the first years. However, it is not about to distribute the budget to stake-holders and then the project can fade out. It is really about having an impact on society and retransforming the financial world. It will be a difficult task and it is a challenge to manage at least part of it within 10 years. You can perceive holding of ADA as participation in the transformation of finance.

Holding ADA or other cryptocurrencies is just a beginning. To be honest, holding cryptocurrencies will not have a strong impact on banks and states. People have to begin using cryptocurrencies in daily life. Projects like Cardano must come up with viable alternatives to traditional financial products and people will have to trust them and use them. As an early adopter, you should teach your friends and show them how to use services that will be built on blockchain technologies. At the moment it might be too early but it will change in the next few years and then the engagement of the community will be crucial for the whole ecosystem. Decentralized Finance (DeFi) is the first glimpse of our future. Cryptocurrencies will succeed only when they are adopted by a significant part of the population. Notice that it is critical for the networks from a rewarding point of view. All networks with the capped supply of coins will rely only on collecting fees one day. Thus, a network will survive only if it processes a high number of transactions.

The ability to reward owners of the network is directly related to a chosen network consensus mechanism. Cardano uses PoS since it is cheap to maintain the network. The energy cost is low in comparison with PoW. That’s why it is possible to reward stake-holders and not only miners as it is designed in the Bitcoin ecosystem. In the PoW network, there are not enough resources for rewarding coin holders since the energy must be paid in the first place. It is not bad. Every project is built on different principles and has a different start position. When a Bitcoin network has launched the cost of BTC was 0. So miners were not basically financially rewarded but it was needed to spend a physical resource in order to prevent attacks. The position of projects is different nowadays and coins can have a non-zero market value from the beginning. Thus it is easier to use coins in the network consensus as a scarce and expensive resource.

It is often said that PoS can generate a passive income. It is a bit unprecise. Delegation ADA coins to a pool is an active process and directly relates to the decentralization of the network. ADA coins represent the decision power. It is true for the network consensus and it will be true also for the project governance. The more people hold ADA coins the more is the network decentralized. By rewarding stake-holders, the network directly decentralizes itself. People naturally wish to build a passive income. So it is smart to satisfy human nature and use it for decentralization of the network. If a stake-holder does not delegate ADA coins to a pool then there is no reward. So stake-holders are motivated not only to hold coins but to use their decision power. It is also important since a security budget of the network is formed by pledged coins and delegated coins. In other words, by all “staked” coins. The more ADA coins are delegated the higher is the security budget. An adversary needs approximately half of delegated coins to be able to commit the 51% attack. Thus, stake-holders actively participate in network security. If stake-holders do not sell ADA coins then the adversary cannot buy them and thus it might not have a sufficient amount of coins for the attack.

Stakeholders should realize that it is not smart to leave their ADA coins on exchanges and utilize their staking offers. If they do so then exchanges will have a big decision power that can be misused. Not only is it unsafe to leave coins on exchanges due to the fact that they can be stolen. In the case of PoS, stake-holders give exchanges power that should stay in the hands of owners of the network. For legal reasons, exchanges cannot use ADA coins for pledging, and thus they cannot create their pools. Exchanges should be liquid and be able to send coins to owners. Thus, they cannot lock coins. Still, they can delegate coins to pools that belong to them or are created by their friends. Stake-holders should be responsible and active. Remember the famous rule: Not your keys, not your ADA.

Stake-holders should keep their ADA coins in their own wallets. The official wallets are two: Daedalus is a full node wallet. Yoroi is a light-weight wallet. Both are great and you can use them for delegation of ADA to a pool. The advantage is that you cannot send coins anywhere. Coins are available in the wallet and you can always use them even if you have delegated them. Coins are not locked. You can delegate even one ADA coin to a pool and you will be rewarded. There is no required minimum of coins that are needed for delegation in the Cardano ecosystem. It is financially affordable for everybody.

Wallets facilitate the delegation process. You just need to compare pools and select one with an interesting ROI. You can use the Adapools tool that can help you to choose a pool: https://adapools.org/

In the article, we touched some topics but we have not fully covered them. If you would like to learn more we propose you read about the economic and incentive model of the Cardno network and about pledging.

We hope you now understand why ADA coins delegation is an important process in the PoS network and how both you and Cardano benefit. The option will be viable in the long term only if the project succeeds and there is a very strong team behind Cardano that will do the best to ensure that. Adoption is about the community. The team is responsible for the protocol but it is on us to spread the word and attract new users.