Will Cardano succeed in the future?

Sustainability, interoperability, and scalability are three pillars of Cardano that will help a lot with adoption.

I think Cardano will succeed in the future. Let me highlight a few reasons why I think so. We will discuss all three pillars of Cardano and add something more.

Cardano can succeed in a competitive environment

The crypto space is still in the building and experimental phase. No smart contract platform is ready for mass adoption and for real business. The next few years will be critical and we think that Cardano can succeed in the competitive environment. Read more

Sustainability is one of the three pillars of Cardano and solves how users will pay for the network maintenance, how to prioritize the building of new features and how infrastructure decisions will be made. Cardano will have a decentralized treasury and users can submit improvement ballots, which are then voted by the community. Bob submits a ballot related to marketing, while Alice about tech improvements. The community democratically decides what to do first. If we speak about decentralization we cannot consider only the protocol. We have to take into account also the governance. Users have to democratically decide what to do. The protocol must own the community, not a few developers or a leader.

Scalability is another key pillar and solves probably the most critical problem of all current projects. If people should adopt a protocol then the protocol must scale to be able to serve all people who want to use it at a given time. It is not possible that transactions take hours to settle and fees rise when more people come to send money. Conditions of usage must be the same all the time. Sound money built on a distributed network is a great idea but the network must scale otherwise people cannot use it and thus, will not use it.

The last pillar of the project is interoperability. It means that Cardano will be able to connect to existing financial systems. It is very important since we already have some financial infrastructure in every country. We cannot replace it and use another one in one day. The change must be gradual.

People will adopt cryptocurrency only if it solves real problems. Atala will be used in Ethiopia, Mongolia, Georgia, and Korea to build local systems connected to existing financial systems or replace them from the beginning. Atala is not an open public ledger. It will be used in a local context and it can be connected with Cardano later. People using Atala might use Cardano later. Thus, Cardano could adopt millions of people in a few years. It is a way how Cardano could slowly replace all old systems. 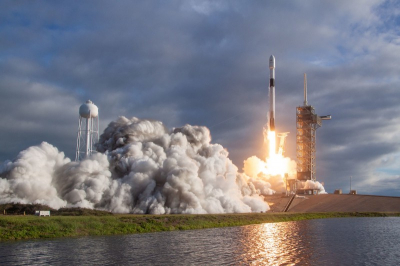 The Cardano Protocol is well prepared for the Future

We usually know well what has happened in the past. We can just assume what is going to happen in the future and still, we can be sure that we will be surprised by the development of events. A decentralized protocol must be designed in a way that it will be possible to respond to all expected or even unexpected events in the future. Read more

People from developing countries are not paid well for their hard work. Middlemen grab a big chunk of the final prices of products. It is a real problem, which cannot be solved by digital gold or sound money. Here, only a combination of some kind of tokenization, smart contract and global access to markets can help people. The combination of Atala and Cardano could solve that.

I do not think that Bitcoin, as a transaction system only, has the potential to solve financial, political and social issues. I believe that we need a more capable project for that. I will take years to see the real benefit but it happens one day.

Fear from new and strange things

People naturally do not trust to new or unknown things. People have to see the team as a transparent fin-tech company. There must bo someone who is responsible for the service or protocol. Only then they will be willing to massively adopt a protocol. If it will be just a garage project with an unknown group of individuals then it might not be trusted by masses. IOHK, Emurgo, and Cardano Foundation are transparent institutions.

Besides that, there is a big leader Charles Hoskinson. You can argue that a decentralized project cannot have a leader. It is not true. The decentralization of protocol has nothing common with the fact that there is a leader. The leader can communicate to people, explain things and visit leaders of countries and ask them what they need and how Cardano can help. Exactly that Charles deas and the result is signed MoU with Ethiopia, Mongolia, Georgia, and Korea. Soon, we can see the real usage of Cardano.

When building a game you can deliver a minimum viable product. If it succeeds you solve scalability and add features. It is not the case with a blockchain since it is a mission-critical product. So it is absolutely necessary to write scientific studies, ask for a review and verify that everything is correct.

What I like the most about Cardano teams is the fact that they think and write studies first and then write the code. If the code is not good enough they are not scared to throw it away and start from the beginning with previous mistakes in mind. This is the best approach you can take if you build a protocol for global sound money. Satoshi did no have such comfort for building Bitcoin.

Building a project from scratch and utilize scientific research and formal method of development is just an adequate approach to what Cardano should present in the future.

If Cardano becomes a backbone of the world financial system then ADA is the only asset you can buy to send transactions or deploy smart contracts, influence the Cardano network via decentralized governance and participate in network decentralization that can secure a passive income. All that makes ADA valuable.

People do not realize that ADA plays an important role in the network decentralization. Decentralization is about distributing all rights to maximum possible independent individuals and eliminate single points of decision. It must be true for protocol and governance as well. If you have ADA then you are part of the decentralization process. You just select a pool and delegate your ADA to the pool. Then, you will get a reward every 5 days.

Smart contracts can solve a lot of issues in the real world. Have you ever realized that you two people cannot transact with each other if they have not developed a trust before? Bob promised to send 1 BTC to Alice who promised to send a guitar. They do not know each other and Bob found the offer on the internet. If Bob sends money in advance Alice might not send the guitar. If Alice sends the guitar first Bob cannot pay for it. Basically you cannot use BTC for the payment. You can do it with fiat since you can contact Police if something wrong happens.

Smart contracts have big potential and now we cannot even think of what all will be possible. The success of contracts will be determined by the quality of language which will be used. Plutus was made by the best people we currently have.

I think that adoption via utility has bigger chance to succeed than adoption via speculation on the rising price. Cardano can be useful and it will be scale. So it could be the first project which people could really use to spare some money or do something in a more comfortable way.

Andreas Antonopoulos has only 500K followers on Twitter. Charles Hoskinson 110K. Charles has more followers than Bitcoin developers and is not so far from Andreas. At the end of the day, adoption will be about the quality of protocol, team transparency, marketing and maybe also about the leader. There are 7,7B people on the planet. So from the point of followers, we are still far from 1% of really interested people. There is enough time to come up with a top-quality protocol and offer it to people.

I could write about many more things. For example about solving the blockchain trilemma, great teams, Ouroboros consensus, building global Cardano community, etc. Just let me know which topics interest you and I can write an article about that.