The new digital economy is emerging on Cardano

In 2015, it was common to say that it was a pity that there were no decentralized exchanges and sandboxes where people could test new concepts. New protocols are emerging on the Cardano platform that people are using to interact with each other. How to understand this and what direction can it take? 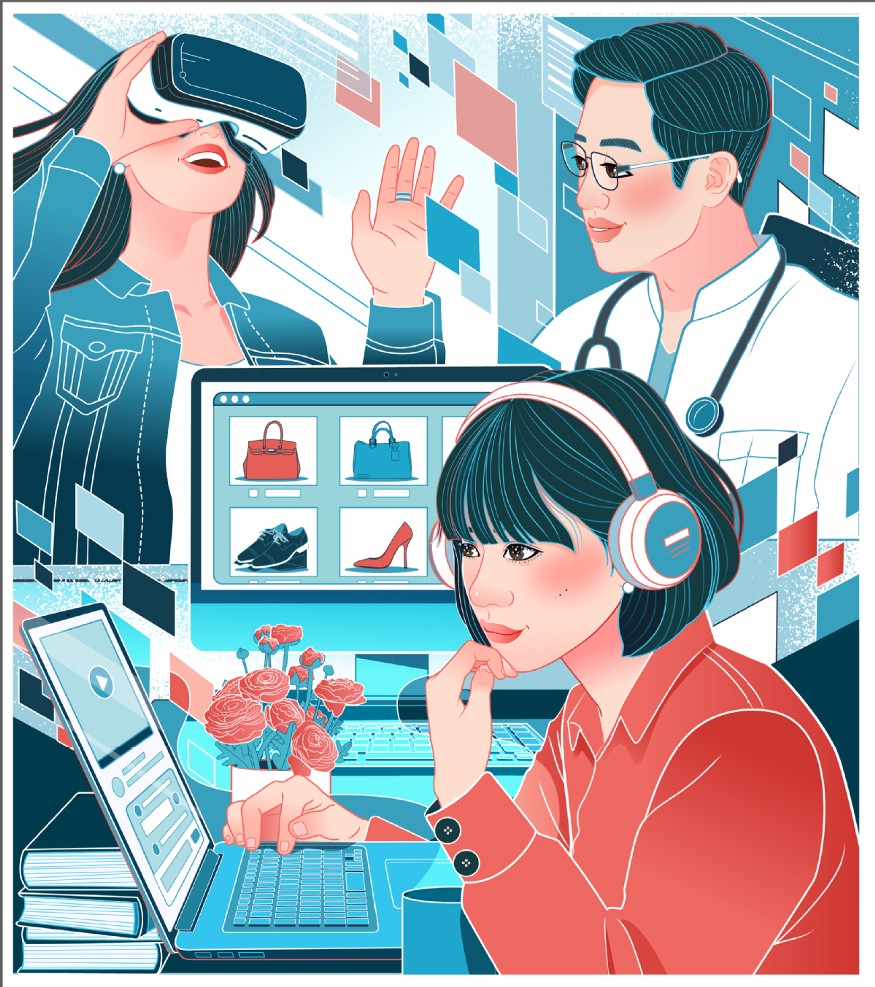 Shortly after Bitcoin’s inception, there was no infrastructure. The first centralized exchanges made it easy to buy bitcoins and other emerging cryptocurrencies. After the exchanges, other centralized services began to emerge that took advantage of the hype around cryptocurrencies. The first big hacks began to occur. A few owners of centralized services took advantage of their position to steal user deposits.

A key principle of the blockchain industry is decentralization. It was logical that people started calling for decentralized exchanges and other financial products. It didn’t make sense that people could own cryptocurrencies and not be able to do anything sensible with them unless they wanted to take the risk of entrusting them to a third party.

People wanted peer-to-peer services. Open-source algorithms were supposed to play the role of intermediary for more complex financial transactions. This seemed like a big technological challenge at first. One of the first attempts in 2017 was atomic swaps, which allowed tokens to be exchanged between two blockchains. This technology has not taken off. Soon after, the first DEXes appeared on smart contract platforms. You can deploy your own app on Cardano from 2021. In the same year, the first DEX MuesliSwap was launched on Cardano.

Note that it took approximately 8 years from the inception of Bitcoin before the first swap was attempted. Sometime in 2018, the first decentralized exchanges started to appear. In order to link two blockchains together and allow them to interact, a blockchain bridge is needed. If you own bitcoins and want to participate in DeFi’s activities in the Cardano ecosystem, a blockchain bridge will allow you to do so without having to sell your bitcoins.

There are DEXes running on Cardano that allow you to swap ADA, USDC, USDT, BTC, ETH, and other tokens. Everything is decentralized, and there’s no need to trust a centralized third party with the private keys to your coins. All you need is a Cardano wallet to access all of Defi’s services.

Cardano does exactly what all cryptocurrency fans wanted

In the Cardano ecosystem, no one has to ask anyone for permission to build a decentralized application. Once the application is deployed, anyone can use it without permission. No one has to provide KYC/AML or other private information. It doesn’t matter where you are from or what your intentions are. The community demands that third-party applications be open source. Experts can judge the quality of the source code and alert the community if they have any doubts about the quality of decentralization or security.

Centralized exchanges demand private information from users, can monitor their activity, and abuse their position. The biggest risk is that users’ deposits can be stolen by hacked or by the CEO.

Today, it is no longer necessary to take this risk. Decentralized applications offer similar services to centralized ones. Blockchain networks do not yet scale well enough to meet the demand of the hundreds of millions of users who have accounts on centralized services. However, the IOG team is working diligently on the scalability of the Cardano protocol. Be sure to go check out Defi on Cardano.

Defi is exactly what bitcoiners and other fans wanted to have. We still want to create a parallel financial system that is as self-sustaining as possible and in which new economic models will emerge. As soon as a team deploys their app, people immediately come and use it. This creates new communities that want to use decentralized services more than traditional banking ones.

It’s perfectly normal for some attempts to fail. Cryptocurrencies are a new environment that is not sufficiently regulated. It’s logical that some people will try to scam someone. Scams happen in the real economy too, regardless of the laws.

Many bitcoiners criticize NFTs as completely useless tokens. Satoshi wished they would use bitcoins in games. He even suggested creating a virtual poker game that would be part of the bitcoin protocol. The reality is that nobody can predict exactly what will happen in the NFT industry. We certainly wouldn’t dare to say that they will disappear completely. In any case, whatever their fate, they have an important role to play in the blockchain industry. New marketplaces are emerging where people are trading tokens. This improves the quality of these services. People can criticize things that don’t work. Teams can fix and polish the flaws. This will one day get us to a stage where there is a decentralized marketplace for digital items.

What is the future of Defi

Today tokens are images, but in the near future, they could represent pretty much anything. Even in the case of the internet, no one has predicted exactly how a particular technology will change the world. Sometimes it takes several things coming together to create something that will turn an industry upside down.

Our feeling is that bitcoiners are envious that decentralized services are emerging on Cardano and other platforms. Basically, nothing substantial has emerged around Bitcoin when it comes to decentralization. When people wanted to get a reward for providing bitcoins and didn’t trust Defi, they had to entrust them to centralized services like Celsius. Celsius went bankrupt and ironically did nothing but using the entrusted funds in Defi services. If bitcoiners weren’t afraid of Defi, they would still have their bitcoins under control in services that are transparent.

Bitcoin is not important to Defi. Defi needs neither BTC coins nor the PoW security of the Bitcoin protocol. The native coins of the various protocols, on which Defi services are built, play a much more important role. ADA is used to determine the value and as payment for digital objects. In the Cardano ecosystem, you can buy NFT with ADA, not with BTC. It’s similar to all the other platforms, which together are used by tens of millions of people. People buy and sell things, lend money to each other, provide liquidity, and even set up new decentralized organizations. People can even financially support the creation of new projects and become their owners through tokens. Is everything automatically a scam just because it doesn’t arise around Bitcoin? That’s a pretty naive view of the world.

There will probably never be a Defi around Bitcoin that gets the traction it needs. It seems that the community doesn’t even want it, or relies on the second layers who can’t do it yet. New digital economies are emerging around smart platforms like Cardano.

Some people don’t believe that Defi is a real and viable business. It’s healthy to be skeptical. But it is necessary for them to accept reality. For many people, denial is just posturing. It has nothing to do with skepticism. They are in a phase of denial that necessarily precedes the phase of acceptance.

When you consider that Defi has only been here for a few years the adoption rate is incredibly fast. We even think adoption is faster than Bitcoin adoption. We don’t think that overnight this whole industry is going to disappear for no reason. Technological progress is noticeable every single year. There are hundreds of people working on Cardano. Don’t expect new decentralized banks to appear tomorrow or the day after. In 10 years or so, they will almost certainly be here. People have little patience and would like everything now. Technology development and adoption take time on the order of years, not months.

People in Defi are taught to use ADA coins, which have a fixed monetary policy and are not subject to endless inflation. The question is what role stablecoins will play in this. As for algorithmic stablecoin, cryptocurrencies including ADA will be used as the underlying asset. This means that all users will be in control. No more stable coins will be created unless the necessary amount of ADA coins is locked. Mankind has never had such transparent and fair monetary systems as the blockchain industry offers.

Defi is still a small industry compared to the traditional world of finance. We are still waiting for a pivotal moment, maybe a few smaller moments, that will draw the masses to Defi. Lending on a decentralized platform needs to be a usable alternative for ordinary people on the street. This can happen with the help of current financial institutions that compete with each other, so they are motivated to try new things. A conventional bank and a decentralized service are not two mutually exclusive things. Even a bank can deploy a smart contract that no one can subsequently change. Bankers can thus be useful assistants who will not be able to abuse their position.

Cardano has a certain advantage because it places a high emphasis on application security. Learning Haskell/Plutus may be a hurdle for some, but if we want to create reliable services, formal verification is a necessity. For financial institutions, the quality of application source code is an absolute priority. Cardano will appeal to anyone who wants to build secure and reliable applications for the masses. It could be banks and FinTech startups, but it could also be you.

Is it difficult to create digital sound money?

We are big fans of cryptocurrencies. Despite that, let's be a bit critical to it and have a look at whether is it really so easy to create digital gold. Read more

Peer-to-Peer interaction between users is a concept that is fundamentally independent of the blockchain. When two people exchange cash for goods face-to-face, it is a Peer-to-Peer interaction. Blockchain brings this model to the digital world, so it works remotely and is not required to be face-to-face. It can even work largely anonymously. Blockchain is an intermediary that acts as a trusted intermediary between participants. This principle is not limited to Bitcoin.

In terms of functionality, Bitcoin is basically just a transaction network that can do nothing else. Cardano allows financial services to be built on top of the transactional network that can operate without an intermediary. If you use DEX on Cardano to exchange ADA for USDC, it’s a more secure way than using the Binance exchange. A lot of people have figured this out. More will join soon. Decentralization is the future of finance regardless of the specific protocol.