Myth-busting: the physical world is not a problem for Cardano

People live in a physical world and all financial interactions are built on trust. When trust is broken, the legal system is the solution for the victims. Blockchain is and always will be connected to the physical world. 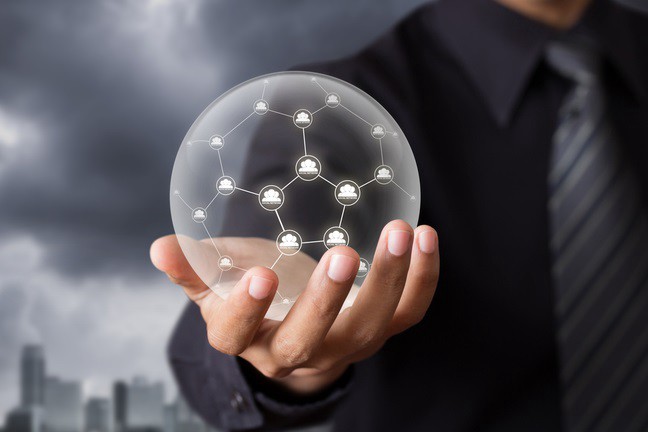 Finding the boundary between the digital and physical worlds

Critics argue that dependence on Oracle services is a critical point of failure and undermines the whole point of decentralization. The usefulness of many smart contracts depends on the connection to the physical world and the ability to make decisions based on events that the blockchain itself cannot detect. Because it is possible to deceive an intelligent contract through fraudulent false data, critics of the SC platform claim it is useless. This criticism is exaggerated and does not reflect the functioning of social and financial interactions.

First of all, it is important to note that when Alice sends $100 worth of BTC to Bob, she is also dependent on the current market value of Bitcoin, which she has to find out somewhere. The exchange rate is so volatile that no one knows exactly how much Satoshis is $100 at any given time. The traditional financial world works with currency rates routinely, and we don't recall any major hacks stopping global trading. Oracles services can be more reliable in principle than traditional financial services because they aggregate data from multiple sources and take into account the reputation of all intermediaries.

Blockchain does not know the context of transactions and only works well for users who know and trust each other. If the counterparties do not know each other, a conventional transaction network like Bitcoin cannot establish trust between participants. Alice promises to do some work once Bob pays her in advance. If Bob pays and Alice refuses to do the work, Bob must turn to the legal system and demand a resolution of the dispute. A transaction that is perfectly fine in the digital world may not be socially valid and may be fraudulent from a legal perspective.

This could be interpreted as an Oracle problem since Bob signed the transaction, which he certainly would not have done if he had known in advance that Alice would break her promise, fail to perform the work, and refuse to return the money. However, this context is only available in the physical world and the blockchain did not use any data in validating the transaction.

A smart contract could play the role of middleman and hold the payment until Alice has done the work. If Bob was satisfied with the outcome of the work, the smart contract would release the payment to Alice. If he was not satisfied, the money would remain locked in the contract and a third party would have to assess the situation. While Bitcoin can only send a transaction unconditionally, Cardano can process a transaction conditionally. It seems like a small difference, but it actually offers huge possibilities.

Once the context is attached to the transaction and decentralized digital identity (DID) is used, trust between participants will be higher, even if they do not know or trust each other. Reputation systems can be easily linked to DIDs. If someone builds their DID over a long period of time, they will not want to lose it.

Peer-to-Peer payments in the digital world will always depend on third parties to resolve any disputes that arise in the physical world. Anonymous Peer-to-Peer payments between participants who do not know each other will always be risky and will represent only a fraction of transactions. For most transactions, the parties know each other at least partially and want to be able to resolve any dispute. What people really want is to hide transactions from the outside world, but not without the ability to punish fraudsters. This is possible with DID and Cardano will one day make it possible.

If your neighbor steals your chicken, what are your options? You can go into conflict yourself and risk your own life or your neighbor's. Most people prefer to rely on their state's legal system. In order for the legal system to work with all the authorities and agencies, citizens have to pay for these services. This payment is called a tax. Even though taxes are unpopular in the crypto world, it is basically just a payment for the functioning of a system that performs a required service. Even if the law were not enforced by a state-controlled authority, someone else would have to do it in the territory. One thing is certain, for free and without the necessary mandate, the service would not work well.

No blockchain can help you resolve a dispute with your neighbor. The important thing is that as a citizen you will always be dependent on third parties to perform some services. Blockchain networks cannot free us from dependence on some third parties.

All cryptocurrencies, including Bitcoin, need centralized exchanges as it is the buying and selling that defines the current market value. Centralized exchanges essentially influence the market value, which needs to be known by miners who need to cover energy costs, for example. The exchange rate between BTC and USD is absolutely crucial information for them.

Even if we make a decentralized monetary system in the hope that we can replace central banks, it does not mean that we can replace many other third parties. It makes no sense to have a decentralized monetary system and stop there. The physical world needs stable purchasing power to function in the first place. Secondly, a system that allows fraudsters to be punished.

It will probably never be possible to link the ability to store value with the medium of exchange and the unit of account. The economy is cyclical and experiences better times interspersed with worse ones. This cyclicality affects the values of commodities and has an impact on individual economies and hence on fiat currency exchange rates. Bitcoin's market capitalization will always reflect events in the physical world and will therefore be volatile. If we want to create a decentralized monetary system, some connection to the physical world will probably be necessary.

Algorithmic stablecoins can be a solution for creating a decentralized monetary system. The underlying assets can be volatile, such as ADA and other coins, while stablecoins will maintain stable purchasing power over the long term. Oracles services can mediate input information.

Oracle services are actually relatively reliable, as they use similar principles to those used in network consensus where participants are economically incentivized to behave fairly and perform quality services. What we can't replace are authorities that will punish cheaters in the physical world. If we have a stable monetary system, we can start building decentralized banks. Many of the current intermediaries can be replaced, but it is important to remember that this will never be 100%.

Investigators and courts will always be centralized. If someone takes responsibility and deliberately fails, physical punishment in the form of imprisonment may be necessary.  There will always be larger entities in the company, i.e. third parties, who will have responsibility for the funds entrusted to them. Society is not capable of moving to a completely new system of operation, as the current one has been in place for thousands of years. What we are technologically able to achieve and where Cardano can help is greater transparency, greater privacy, greater reliability, automation, ease of making audits, etc. It makes sense to build these qualities on top of a stable monetary system, and smart contracts can play a key role here. 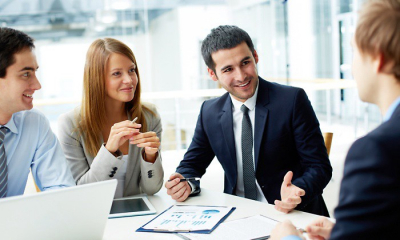 Cryptocurrency came to the world with a clear vision of building an alternative to the current financial world. We got into a phase in which some people celebrate the entrance of institutional investors and banks instead of trying to use crypto in their daily life. Let's dive into the phenomenon. Read more

Of course, it is possible that someone manipulates the data and the smart contract makes the wrong decision. Fraudsters can profit from this. However, this is a scam or hack that will be easily detected and it doesn't mean that the guilty party won't be punished and things can't be put right. No man-made system can be 100% reliable.

Slow, small improvements to current financial systems can have a disruptive effect in the long term. People sometimes expect change to happen in a year or two and wonder if the adoption of blockchain technology is slow. Blockchain technologies have the best yet to come. We don't even have a decentralized monetary system yet on which to build other financial services. Bitcoin can be considered as a decentralized network, but hardly as a monetary system, as it does not fulfill the function of money in the sense that people understand it. High volatility prevents people from using cryptocurrencies instead of fiat currencies. That's not a bug, it's a feature of cryptocurrencies that have no connection to the physical world.

Cardano will enable the creation of a decentralized monetary system that can be the basis for other financial services. These financial services will depend on Oracle services and third parties to resolve disputes. It is not possible to build functional financial services without a connection to the physical world. It makes sense to work on decentralization and develop it, not to say that what we have now is enough for everything we will need in the future. We know for a fact that people aren't using DeFi en masse yet, and it's up to the entire cryptocurrency industry to keep pushing technology improvements.