MuesliSwap is the first decentralized exchange launched on Cardano. This was a big surprise for many, as few people had heard of this exchange. Cardanians interviewed the MuesliSwap team.

[Cardanians] MuesliSwap appears to be the first DEX running on the Cardano network. Can you introduce the project and its history?

[MuesliSwap] We launched MuesliSwap back in November 2021. The idea of MuesliSwap was already born much earlier when we heard that smart contract functionality is coming to Cardano and we saw the huge demand for people wanting to swap tokens. At its core, MuesliSwap provides the infrastructure for people to swap tokens in a decentralized way on the Cardano blockchain. Currently, we are focusing on our core product which is the token swap but in the long term, we want to build an entire ecosystem around MuesliSwap featuring an NFT marketplace, a token launchpad, and much more.

[Cardanians]  How many people are in your team and what is their role?

[MuesliSwap] The current team consists of 8 people. Most members of the team are responsible for the development part of the DEX and have different roles in the team. For example, we have team members focusing on our smart contracts or on the front-end of the DEX. Of course, we also have motivated team members that are responsible for engaging with our community and promoting MuesliSwap.

[Cardanians] How long have you been preparing the project?

[MuesliSwap] We started thinking about the idea already in early 2021. Since then we started looking into different approaches on what a token swapping model could look like on Cardano. Eventually, this lead to our whitepaper describing a novel approach for the Cardano blockchain.

[Cardanians] Can you briefly explain your DEX architecture and its advantages?

[MuesliSwap] Decentralized order book model – that’s how we named our DEX architecture. In a way, our approach really goes back to the roots of trading, the order book exchange, and implements this concept in a new decentralized setting, specifically designed for Cardano’s eUTxO architecture. When a user submits an order, it is directly written onto the blockchain, without the need for a trusted third party. A set of external decentralized matchmakers then discover matchings among open orders and initiate the respective transactions, again in a trustless manner via our smart contract.

[Cardanians] In the case of BitcoinCash, MuesliSwap is written in Solidity and runs on the side-chain. What about Cardano? Did you use Plutus?

[MuesliSwap] Yes, Cardano has a quite unique and completely different approach to implementing smart contracts than Ethereum and its side chains. Plutus Core is the (only) language that runs on the Cardano chain and Haskell is the higher-level language currently available for writing code that gets compiled down to Plutus. Our smart contract code is actually publicly available on GitHub. Anyone interested can have a look and we also have build instructions there in case you want to compare that the result matches the on-chain address you’re interacting with.

[Cardanians] Will you support partial filling orders on MuesliSwap? If so, can you provide some details on how you plan to solve this issue, eventually when?

[MuesliSwap] Yes, we’ve already developed a smart contract supporting partially filled orders. It’s currently being tested extensively by our team while also undergoing an external audit by Mlabs which we’re very happy to cooperate with. The results so far are very promising and will be another big step for our DEX, keeping us at the forefront of DeFi on Cardano. If the audit goes as planned, our users can expect to receive their first partial fillings as soon as the end of January (2022, of course).

[Cardanians] What were the biggest difficulties you encountered in building MuesliSwap on Cardano and what are the challenges ahead?

[MuesliSwap] On the technical side, the whole smart contract ecosystem on Cardano is of course still in its early days, and developing on such a brand new platform is always challenging and exciting. We do have to say that Cardano’s Plutus does have a relatively steep learning curve but our developers all have a strong background in Haskell and quickly came to adopt and appreciate what we think is a very well-designed ecosystem with great potential.

[Cardanians] People debate the differences between the accounting model used by Ethereum and the eUTxO model used by Cardano. What do you see as the advantages and disadvantages of both approaches? Isn't eUTxO for DEX cumbersome to use?

[MuesliSwap] Account-based blockchains maintain a global shared state across all participants. The rationale behind such a system design is to provide a level of abstraction that takes away the burden of dealing with concurrency from the user of the blockchain. This however comes at a cost, namely that the possibility of dealing with concurrency and turning it into parallelism in the case of applications that do not need to rely on a global shared state is taken away from the user as well.

The EUTXO model instead fully exposes the developer to the inherent underlying concurrency of the system which we see as an opportunity to build applications with high parallelism, as we have demonstrated with MuesliSwap.

We don’t see ourselves in the position of evaluating different blockchain designs. But we do think it is important for developers to be aware of the blockchain design they are building for. Many of our competitors seem to have tried to recreate typical AMM-style DEXes seen on accounting model blockchains (interestingly, we have seen some of them changing their announced approaches lately).

[Cardanians] When smart contracts were launched on Cardano, a lot of people talking about the concurrency issue. What do you think about it? How did you deal with it?

[MuesliSwap] The discussions around this “concurrency issue” are quite strange and really missing the point in our opinion. The reason it came up in the first place is probably because of a lack of understanding of the eUTxO model. As we just described, the eUTxO model is in many ways better suited for smart contract developers to leverage concurrency (which is the potential for processes to run in parallel) and turn it into parallelism (i.e. things actually running in parallel). Our DEX is a good example of this: There’s a high level of concurrency because many pairs of independent orders can potentially be matched and executed in parallel. In an accounting-based model, this concurrency can not be easily turned into parallelism because of the limitations of the global shared state. Cardano’s eUTxO-model is much more suitable in this context since it allows these matches to happen in parallel. For us, the concurrency “issue” really is much more of a concurrency advantage. 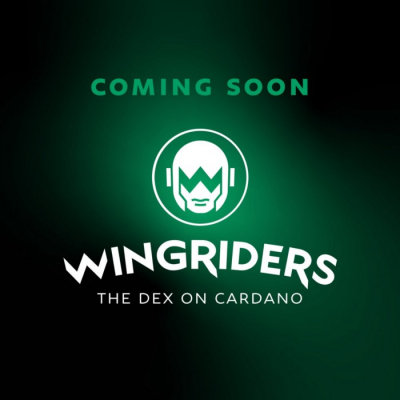 Interview with the WingRiders team

After the IOG team released a hard-fork supporting Plutus scripts, the Cardano ecosystem became very lively. Developers are exploring the eUTxO model and building new applications. We talked to WingRiders developers who are building a decentralized exchange. Read more

[Cardanians] What do you think about the Hydra project and do you plan to use it for MuesliSwap?

[MuesliSwap] So far, everything we’ve heard about Hydra sounds like it will make a great addition to Cardano and especially smart contract execution. The numbers that have been hinted at by IOHK are incredible, with becoming almost negligible and transaction throughput beyond any reachable limits. Since Hydra channels will be isomorphic to the main chain, we expect to immediately make us and have our DEX directly inherit the great benefits of hydra as soon as it’s live.

[Cardanians] There are many smart contract blockchain projects and several DEXs running on each. Do you think this is sustainable and what is your competitive advantage?

[MuesliSwap] In terms of different blockchains, Cardano definitely has many desirable properties for powering our DEX: significantly lower (and in particular predictable!) transaction fees compared to e.g. Ethereum, a blockchain architecture that allows us to implement an order book exchange with high throughput, and smart contracts built on the principles of verifiable secure software engineering.

It is true that many projects have announced ambitious plans on Cardano. We have implemented the first working DEX on Cardano. This first-mover advantage that we currently still have will of course soon be gone. What will stay though are all the reasons due to which we found ourselves in this position in the first place: Our team’s ability to move fast, innovate, and develop products that are conceptually thought out but also function well in practice. We already have many ideas about where to go from here and are super excited to put them into reality soon.

[Cardanians] What will be the use of MILK tokens and why people should get one now and in the future?

[MuesliSwap] We are planning to add community votes about which tokens should be listed next on our DEX. All information around staking MILK be released on the 31st of January. Moreover, we have many more exciting utilities planned. So if you are not already invested, you might wanna get some MILK 😉

[Cardanians] Will it be possible to stake MILK tokens? Can you describe some details about it?

[Cardanians] We noticed that you want to launch the launchpad. How will it work?

[MuesliSwap] The launchpad will be a good way to kickstart projects on Cardano. With the reach of MuesliSwap, we will be able to promote upcoming projects. At the same time, we want exclusive offers for our MILK hodlers.

[Cardanians] What is your plan regarding decentralized governance?

[MuesliSwap] Our plan is that MILK holders will be able to decide on tokens featured on the exchange. Decentralized governance is already reached by the fact that any token can be traded. The team will still operate a scam register to ensure that user funds are safe. But as always don’t trust but verify.

[Cardanians] What are your plans for the future. What do you want to improve and what will you work on?

[MuesliSwap] With our smart contract v2 coming up we already have some major improvements in the pipeline from partial order matching to infrastructure to provide more liquidity to the market. In the long term, we are planning to extend our efforts towards a hybrid model including the order book and an AMM. Moreover, we are planning some exciting UI improvements.

[Cardanians] Are you planning to expand to other chains besides BitcoinCash and Cardano?

[MuesliSwap] Our main focus will be on Cardano for the future. The ecosystem has a huge reach and DeFi is first about to start. Focusing all of our resources on the existing blockchains will give us a more competitive advantage.

[Cardanians] How is it actually with token distribution? All 75% of all supply is already in community hands or are you selling some via swap? Sold team some MILK actually?

[MuesliSwap] Currently, 50% of the MILK has been allocated to the community. We are looking into distributing tokens to strategic, long-term investors. When this is happening we will make announcements through our channels. The team has not sold any of its tokens yet. A detailed overview of our tokenomics can be found here.

[Cardanians] Do you have a message for Cardanians and Cardano fans?