How Shelley will be launched

The article describes the transition from the Byron era to the Shelley era.

Charles Hoskinson created a whiteboard video and explained the process of how Shelley will be rolled out. Let’s have a look at it.

Daedalus is a full node and there is a full history of transactions that can be verified. Cardano is a cryptocurrency network from the very beginning.

Currently, we are somewhere between Byron and Shelley eras. It is time to slowly leave the Byron era and fully enter the Shelley era. It was necessary to come up with a process that would enable a transition to a fully decentralized Shelley era in a secure and controlled way. We will describe the whole process step by step.

The time between the Byron era and the Shelley era was needed by the IOHK team to develop the Ouroboros PoS network consensus. The first protocol from the Ouroboros family is based on Byzantine Fault Tolerance consensus so it is called OBFT (Ouroboros BFT). It is a decentralized network consensus and a new node can join the network dynamically. However, OBFT will be used only within the federated model. Beside OBFT, Ouroboros Praos has been developed and this consensus algorithm will be used by pool operators in the Shelley era.

The OBFT protocol has been tested within Shelley Incentivized Test-net (ITN). The ITN has been launched in December 2019 and it is a tremendous success with a few hundred independent pools that actively create blocks and over 12B staked ADA coins.

The next step has been already done on the Byron main-net. It was a Byron reboot that happened in March 2020. Byron reboot was about to prepare a bridging code for the transition to the Shelley era. All main-net nodes now use OBFT protocol. Nodes are still in possession of three Cardano entities. The network model after Byron reboot looks very similar to the Byron era in the picture.

What is going to happen soon, after the Byron reboot, are these stages: the Shelley upgrade phase and the Shelley hybrid phase.

Besides ITN and Byron rebooted main-net there will be running another parallel test-net to verify that the Haskell node works as expected. The Haskell node contains the Ouroboros Praos consensus protocol. There will be a few phases within the Haskell test-net. It will start with a kind of Alpha test and only “friends and family” will be invited to participate. People from IOHK will test the Haskell node together with a few pool operators that were active and did a great job within ITN. It should be just a short period of time and the purpose is to give operators time to learn how to operate the Haskell node. They can later teach other operators and help them with setup.

Once the small group of operators has tested the Haskell node other operators can join the testing. Operators participated in the Alpha phase will help others. All operators can start with the preparation of infrastructure to the Shelley main-net.

A Balance check phase will follow. At this phase, Byron and Shelley's test-net histories will be consolidated. ITN rewards and main-net balances will be put together. Note that there was no Byron history in the ITN. Just a UTXO snapshot was used within the ITN. Users will have their ITN rewards in main-net wallets after the consolidation. It will effectively be end-of-life of ITN and it will be shut down.

In the next Shelley upgrade phase when users want to download the Daedalus wallet, it will be the version using Shelley infrastructure. The most important part of the phase will be Hard-Fork. Once the har-fork takes the effect there will be used no Byron code any longer. It means that no Byron blocks will be created anymore. By the hard-fork, we will effectively leave the Byron era. We enter into the Shelly hybrid phase.

In Shelley hybrid phase, blocks will be created in a hybrid way. There will be two groups of participants. The federation of nodes in possession of Cardano entities and independent pool operators. Pool operators will be able to operate their pools and people will be able to delegate ADA coins to them.

The federation of nodes will get no rewards. Only pool operators and stake-holders will be rewarded. They will get 100% of ADA coins.

There is no limitation on how many pool operators can participate. Everybody can dynamically join the network. Operators will compete with each other and try to attract the attention of stakeholders who can delate their ADA coins to their pools. 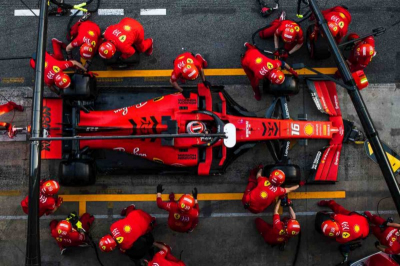 How will Cardano enter the Shelley era

In today's article, we will dive into technical details related to the transition of the Cardano protocol to the Shelley era. You can read about hard forks and hard fork combinator that allows smooth switching between two versions of the protocol. Read more

The federated nodes use OBFT network consensus while nodes of pool operators will use Ouroboros Praos consensus. Note that we are talking about real main-net.

In the picture below you can see how two groups are responsible for block creation.

Once d Parameter will be set to 0 all blocks will be produced only by nodes of pool operators. Nodes of Cardano entities will not participate in the network consensus any longer. The transition can last for example 2 months. The speed can be adjusted by d Parameter. In the end, it will look like in the picture below.

IOHK developed a special mechanism called Hard-fork Combinator that allows making a graceful hard-fork from one consensus to another. Notice that the network will be able to live with a dual consensus system. The mechanism will be used for other network upgrades. There will be more Ouroboros consensus upgrades.

Be careful and download the wallet only from official sources!

Shortly after Shelley, the team will be ready to move to the Goguen era. It brings us smart contracts.

Stay tuned to other updates. There will be a lot of information about all steps.