The article describes the setting of the operator's fee within Shelley test-net.

The Cardano Shelley incentivized test-net has been launched and people can delegate their ADA coins to the selected pool and benefit from it. To do this, you need to know how pool fees work and how much is left to those who delegate their coins to the pool.

The network rewards all those who hold a stake and are interested in decentralizing the network. These can be pool operators, but also ordinary users who hold ADA coins and delegate them to the pool. The pool then handles the coins in the name of the users.

The total pool’s stake consists of all coins held by the pool. These are the pool operator’s coins and all the coins of those who delegated their coins to the pool. Based on the total stake, the pool gets a relative chance to become a slot leader and produce blocks. The network only rewards those pools that produce blocks when given the right to do so. If they do not take this chance for any reason, neither the operator nor the people that have delegated coins to the pool will receive the reward.

Note that pool operators do not come into contact with the coins. All rewards are handled by the protocol itself. Operators just set the charges (taxes) for their service when configuring the node.

If you would like to learn more about the blockchain incentives mechanism read our article:

A decentralized public network is not only about technology. The network is maintained by people for the people…

Epoch rewards consist of transaction fees and ADA coins that are prepared for rewarding. Epoch in the test-net is 1 day long so the reward is paid every day. You can find relevant information in IOHK blog: 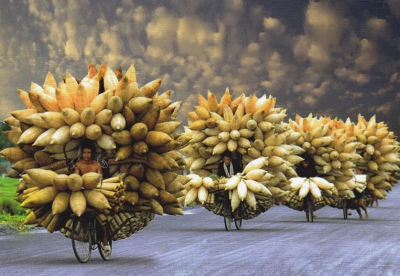 Fees on the Cardano network

A fees system on public blockchain networks is a big topic. Different projects have their own strategies. We will provide a basic overview. Then, we explain different points of view in this article with respect to the present and future of fees on Cardano. Read more

There will be a certain amount of ADA that will be proportionally distributed in each epoch. In test-net, it is 3,800,000 ada coins. To put it simply, if a pool has a ~1% stake, it will receive ~1% of the coin’s total reward for a given epoch. From that, the operator is paid off first and the rest is distributed to delegators.

Let’s have a look at a simplified example and do not consider pool saturation. There are 43200 slots in each epoch and a certain amount of ADA coins to be distributed as a reward in a given epoch. If a pool has a 1% network stake then there is a chance that the pool will be given the right to produce 1% of blocks so the pool can receive 1% of reward coins. If the pool is not able to produce blocks for any reason then it receives fever ADA coins as a reward.

Be interested in how large stake a given pool has since it directly influences the number of received ADA coins as a reward. Then, it is crucial to understand the fee configuration for the pool.

Firstly, the reward for a pool operator is calculated and subtracted from the total pool reward. Secondly, once the operator is paid off, the rest is distributed to the delegators (if there is any rest).

Pool operators set the fees with these three parameters when the pool is configured:

As you can see, pool operators can use two parameters to define their profits. They can use tax-fixed to define a certain amount of coins they wish to receive and get it only if the reward is equal or higher per given epoch (otherwise the operators get fewer coins and there is nothing left for delegators). They can use tax-ratio to define profit in percentage regardless of the value that is set to tax-fixed.

As you can see, pool operators can even use both parameters. They can use tax-fixed to ensure they get a requested amount of coins and then apply tax-ratio to get additional percentage profit from the rest. Using both parameters might be confusing and tricky. Operators might set values that are not fair to delegators and satisfies mainly operators' interests.

Are you still confused and do not know exactly how it works? Let’s have a look at examples.

Let’s consider that a total pool’s reward is 1000 ADA in a given epoch for all examples below:

In all examples, once operators get their rewards, the rest is distributed to delegators on the basis of the share they hold. So if in our first example there are 882 coins left to the delegators and one of the delegators has a 20% stake, then he gets 176.4 coins (20% of 882 ADA).

How to find a good pool?

Look for a pool that takes only a fair fee and leaves a significant portion of the coins to the delegates. The fair pool definitely does not take the majority of reward coins. It does not have a tax-ratio set to 100%, or a high tax-fixed in context of the total pool stake. Look for a pool that offers the best return on investment (ROI) and has an acceptable average tax. Adapools.org can help to find the fair pool.

There is about 109 active pools. That mean here is 12% wasted staked ada (without rewards) Donations? Thanks! (ADA)…

In addition to the fees, it is important that the pool produces blocks. The rewards also depend on the success of the pool to produce blocks when it is given the right to do so.

Let’s have a look at what Adapools.org can show you:

The following pool has set tax-fixed to 0 and tax-ratio to 5%. The average ROI is 16.23%. It can be considered a fair reward for delegators.

To delegate ADA to a pool with a solid stake, low tax-ratio (2%) and zero tax-fix might not be the best choice. It can be a zombie pool. A zombie pool is a pool that does not produce as many blocks as it should produce due to its network stake. This may be caused by the wrong setting or technical issues. As you can see, the average ROI can be 0.

Cardano test-net is just at the beginning and many things will probably change. Remember, that you will only be rewarded with pools that are capable of producing blocks and have fair fees. Look for such pools. Good luck!