Do People Care about Decentralization?

People do not care much about decentralization. They are probably more interested in the price of cryptocurrencies than caring about their privacy or attempts to replace current financial services. It might sound a bit scary. However, only decentralized networks might bring us a new financial revolution.

However, the majority of new investors still do not understand the term and most probably do not care.

It is a sad truth that people are able to buy cryptocurrency without understanding the potential or technological background. They just speculate to price. Mass media mostly cover the price and its potential evolution in the future. We can see many insane price predictions from famous investors. Institutions started to be interested in and new services are to be launched. It is generally believed that it is possible to make easily a few X in a short period of time. Some people speak about the collapse of fiat currencies, nasty inflation and an urgent need for sound money.

Should not we rather improve current systems than to call for collapses hoping that people jump to cryptocurrencies? Are current crypto-projects ready to serve people and cover all the services we need? Do we have a working scalable and decentralized solution? We should prefer slowly evolution and transfer to the decentralized ecosystem to rapid revolution.

Is the pure price speculation really an adoption of technology? It is kind of questionable but probably not. People own crypto but are willing to sell it at ATH. People do not change their life in a way they would start using crypto in daily life and wanted to earn it instead of fiat currencies. The fact is, that it is not possible to use volatile crypto in daily life. Try to make an agreement that your employer will give you 0,3 BTC every month. After a year or so, your employer probably overpays you and will ask you to decrease your salary. Try to borrow 10 BTC to buy a house and sign the agreement to pay back 0,5 BTC 22 years. Most probably you will not be able to pay back the loan since single BTC might have a value of your house. To pay in a shop by crypto is the same as paying with stocks of Tesla. It is not convenient. Why? Cryptocurrencies are mainly speculative and highly volatile assets. It is not money you would want to use.

Why people buy cryptocurrencies? What people basically do is trying to evaluate the price potential of projects and buying tokens or coins. Can Bitcoin be adopted via the price speculation? I do not think so and the distribution of coins on wallets assures that. The majority of coins hold just a few whales. 85% of bitcoins hold address where is 10–1M coins.

The price of Bitcoin might be soon so hight that even a man from the western world will not be willing to buy it. And people do not want to own just a piece of a coin. They want to own at least one. I know that it is just a number at the end of the day. On the other hand, it is psychology.

So how many people are in for the technology and how many for the price speculation?

How to find out whether people really care decentralization

It is difficult since it cannot be said that every investor cares only about decentralization or the price speculation. It can be both. One metric could be Twitter and YouTube followers of famous people. We can assume that people who care about decentralization follow people talking about the topic. Let’s check some stats:

You can see the most famous proponents of Bitcoin and crypto. I added a few famous YouTubers. Nobody has more than one million followers. There are 7,7 billion of people in the world. So where we are? 1% of the world population would be 10M people. 12M is an approximate number of Bitcoin addresses where it is at least 0,001 BTC. You can find many types of research and polls on the internet and the numbers of adoption are often a bit higher. Mostly 3–5% of the population.

Well, it is true that we are still at the beginning of the cryptocurrency era. So far, nearly nobody cares. Despite all media articles and crazy predictions, you can see every day if you live in a crypto bubble, outside the bubble nobody cares a lot. 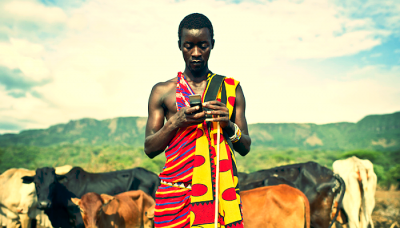 People must understand the advantages of decentralization to use Cardano

Decentralization is the key feature of blockchain technology but it is not the feature that people wish to use. The reason is quite simple. They do not know the disadvantages of the systems that they use every day and do not know what Cardano can do for them. Read more

It is actually positive from the point of Cardano since there is still enough time to attract needed attention. Charles Hoskinson has 113K followers on Twitter, Cardano Foundation has 154K followers. It is a great result if you realize how young the project is.

Tell me why people do not care about decentralization

In my view, they do not care since they do not mostly need it and do not see benefits of it. For people from western countries with working economies, there is not a real need to use alternative currencies. Only people in countries like Venezuela try to use Bitcoin to avoid inflation. However, they would do better if they bought some stable coin instead of Bitocin in the bear market. Holding Bitcoin was better than keeping Bolivar in 2018, however holding stable coin would be even better. People found the option and besides Bitcoin, they use also Tether in 2019.

Let’s conclude that if people invest in Bitcoin they just speculate. At least in most cases. They might not care about decentralization. It has no real utility for them if they do not want to leave the country and somebody is going to take their wealth from them when crossing the border. People need a system that let them live where they are and make the condition better and fairer. Nobody can take your private key from you. However, we need much more than just that.

As you probably know, Bitcoin is not really well decentralized nowadays. Still, investors do not care and are always perma-bullish. If they would care about fundaments they would not do it or pay higher attention to that. The market is young and immature. Few articles can manipulate with opinions of inexperienced people. Some people try to stress the importance of decentralized technologies and it is fine. However, they are blind to Bitcoin issues with centralization and are not willing to mention other projects which can bring a better sustainable solution.

Yes, of course. Now, we are at the early stage and just a few geeks are interested in cryptocurrencies. If you have a look at what we can do it now with cryptocurrencies it is just a dumb transfer of value. People use is just to buy and sell Bitcoin. Interesting development can be observed in decentralized finance (DeFi). For example, we are able to use a volatile crypto asset as a peg to stable coins. Stable coins might be easily used for payment and overcome volatility. It is the strength of smart contracts.

It will change with Cardano. Adoption will start when we will be able to offer some real utility to people. Something must be faster, cheaper, unstoppable, more convenient, more transparent or more reliable. If cross-border transfer will be cheaper and faster, people will use it. If deploying a smart contract will be cheaper, faster, more secure and more reliable than the signing of traditional agreement then people use it. If buying stocks will be cheaper and more accessible then again, people use it. It is just about the utility.

One day, it will be possible to build a decentralized bank that will be governed by people. All will be transparent and everybody will be able to check it in public smart contracts. All changes will be made only of the majority of people agree. Individuals cannot do something just for their benefit.

We need decentralized banks since the economy needs more than just a transaction network with a volatile asset. For example, lending, insurance, and other economic services must be available to build a working economy. Smart contracts can simplify that a lot. We also need stable coins that people can use in daily life. Money cannot be precious. Reserve assets must be precious. I can image ADA as a reserve asset for stable coins. We can also tokenize real-world wealth. If you want to buy stocks of Tesla it must be possible in a decentralized way. So we need decentralized exchanges and markets.

It is what we really need. A simple transaction system is not sufficient. We need to build some logic upon the transaction system and we need to do it in a decentralized way. Cardano has the potential to disrupt the current financial world and can be massively adopted. Not just for the price speculation but for the real utility it can offer. The only reason we do not have decentralized banks is the fact that we do not have the technology to do so and politics with bankers probably do not want it. In the future, we will have the technology.

If we want to build sound money we need a decentralized network that will stay decentralized for decades. Moreover, it will be scalable and the transaction will be fast and cheap. Every holder of ADA will be able to participate in decentralization on the network and governance level.

Bitcoin change the network properties significantly in 10 years and strive to become decentralized again. Do we want to have sound money on the centralized and unscalable network? It is just about the quality of the team behind the project. Cardano has a great team and I believe that is is more capable to take care of the network and improve it over time. A project like Cardano can become a backbone of a global financial network and pressures on the network and team might be tremendous. So decentralized democratic governance must be a part of the decentralization. Cardano will do it for us in the Voltaire era. Cardano's future is bright and everybody will benefit.